Today I have two questions for you. The first is, what is your favorite song? The second question, why is it your favorite or what do you like most about that particular song?

I grew up in a musical family. My grandmother could play the guitar AND harmonica at the same time. She could sing alto in the choir with the best of them. She also played a little bit on the piano. My mother played the piano from a very early age, as did I. At the age of six I began to sing with my Mom at various hymn sings and church events. She and I both have spent time as organists, pianists, and choir directors. Eventually my sister joined our little group and as my own children grew, they sang with me and our little group as well. In choosing music for us to sing, as well as for the choirs she directed, my mother would focus mainly on one thing. The WORDS. Sure the melody had to be a nice tune and the song had to be within the skill of the singers, but more important than that was the message that was being given...the words of the songs. 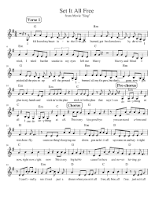 Throughout history, the words in songs have been used to encourage people. Think of all of the military songs that encourage our troops. There is a different one for each branch of the military. There are words in songs that speak of romance and love, and others that share the raw emotions of the writer. When playing the organ in church, there are times that I get a little teary-eyed thinking of the words of a particular hymn. For many, the words for “In the Garden” are very meaningful. They paint a picture of rising early and meeting Jesus and then taking a walk with Him as a close friend. If you consider even the short chorus of “His Name is Wonderful”, it speaks volumes. “Turn your eyes upon Jesus. Look full in His wonderful face. And the things of earth will grow strangely dim. In the light of His glory and grace “. 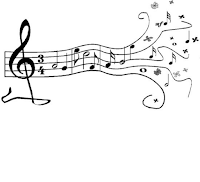 It is amazing how God has chosen the writers of music to speak His words to people. Even today’s modern Christian songwriters are proclaiming the words of God through their music. Although it may be to a different and unfamiliar tune, the words of God are still there. In particular, I think of a new song I’ve heard lately by a group called “We the Kingdom”. Their song “Holy Water” has some very powerful words. The chorus states, “Your forgiveness Is like sweet, sweet honey on my lips. Like the sound of a symphony to my ears. Like Holy water on my skin.” Listen to it here.

Lauren Daigle is a modern artist with several songs that have meaningful words. One of these is the song “You Say” The chorus goes like this, “You say I am loved when I can't feel a thing. You say I am strong when I think I am weak. And you say I am held when I am falling short. And when I don't belong, oh You say I am Yours. And I believe, Oh I believe, What You say of me, I believe.” Hear her song here.

I encourage you to listen to several of these artists if you don’t already. They may provide you with some much-needed words from God. In my opinion, God may have inspired the words to some of the songs the artists write and sing just as He did the writers of the Scriptures. No I’m not saying they are Scripture, but they can still be inspired by God. May God speak to you through one of these songs today.

Here is a list of some of my favorites: 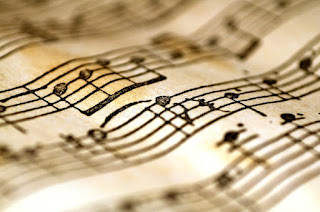 Natalie Grant King of the World
Natalie Grant Your Great Name
Casting Crowns LifeSong
Crowder All My Hope
For King and Country God Only Knows
Posted by Kari F. No comments:

For this posting, I’d like to focus on a couple Scripture passages that have touched me during the Christmas
and New Year season.

One particular passage is Luke 1:68-70 and is from The Voice translation. If you recall, Zacharias was the father of
John the Baptist. When he went into the temple to perform his duties, a messenger of God met with him and
told him he would have a son and his name should be John. Because Zacharias doubted the message, he
became mute. It wasn’t until this message had been fulfilled that Zacharias regained his voice. Once Zacharias
declared in writing that his son’s name would be John, which was what the messenger told him to name the
baby, he regained his voice. Once the prophecy or message had been fulfilled, Zacharias began praising God.
Among his praises, he proclaims the meaning for the birth of his son and that of the coming birth of Jesus
.

This is what he says in Luke 1, verses 68-70, “May the Lord God of Israel be blessed indeed! For God’s intervention has begun

,and He has moved to rescue us, the people of God.

And the Lord has raised up a powerful sign of liberation for us from among the descendants of God’s servant, King David.
As was prophesied through the mouths of His holy prophets in ancient times”  I love the line “for God’s intervention has begun”.
Zacharias acknowledges that his son John will be used as a messenger for Jesus, who will save the world. The Scriptures from the old
prophets are being fulfilled and Zacharias is making sure everyone knows that Jesus IS the Savior and God’s intervention, necessary for our salvation, is beginning.


Another Scripture passage that touched me is a familiar one but goes nicely with the previous passage. It is from Isaiah 43, “See, I am doing a new thing!” This may have been one of the Old Testament prophets that Zacharias was referring to. In this passage, Isaiah tells people not to focus on
the past and old way of doing things. It could be said, not to dwell on the sinful ways.
God is doing a new thing; He is sending His son to earth to lead, guide, and direct us in our
lives and then to die, not just physically, but to die our spiritual death as well.
In so doing, He has paved a way for all of us to spend eternity in Heaven, if we accept what He has done. God created a new thing!

The last passage I would like to address is from Revelation. Rev. 21:5 says, “Then He who sat on the throne said, “Behold, I make all things new.”
It ties into this Isaiah passage as well. Not only did God do a new thing by sending His son Jesus to begin the intervention for our souls,
but He will also make all things new again when Jesus returns. At that time, those who have accepted and
acknowledged the intervention done by Jesus, will be in Heaven and God will create a new Heaven and new Earth where
we will live with our new bodies. He will make ALL things new!
Posted by Kari F. No comments:

CREATION:
Genesis 1:1b--God created the Heavens and the Earth."

LIGHT:
Genesis 1:3-4--"Then God said, 'Let there be light'. and there was light. God saw that the light was good; and God separated the light from the darkness."

John 1:4-5--"In Him was life, and the life was the Light of men. The Light shines in the darkness, and the darkness did not comprehend it."


FELLOWSHIP:
Genesis 3:8a--"They heard the sound of the Lord God walking in the garden in the cool of the day..."


As can be clearly seen, the Bible is not a book of tales divided into older and newer stories. It is a cohesive, on-going narrative, written by God, about Jesus, his life, ministry, death and resurrection, and our future with Him.

During this Christmas season, my prayer is that you will come to know fully this Jesus of the Bible and see His presence in your life throughout the year to come. MERRY CHRISTMAS!

Posted by Kari F. No comments:

Kari F.
I am a married mother of 3 adult children. Currently I'm working in a local public school system trying to listen to God's voice in a place He is not welcome. I have a grandson and a granddaughter.